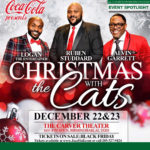 Join Grammy nominee Alvin Garrett, American Idol Ruben Studdard and Logan the Entertainer for 2016’s Christmas With the Cats. The event, which is presented by Coca-Cola, will be held at the Carver Theatre (1631 Fourth Avenue North, Birmingham, AL 35203) tonight and Friday (December 22 and 23) at 8 p.m. both nights. 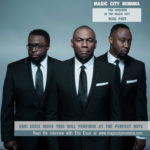 Let the music move you this weekend when Birmingham native Eric Essix performs at The Perfect Note in Hoover on August 12 and 13.