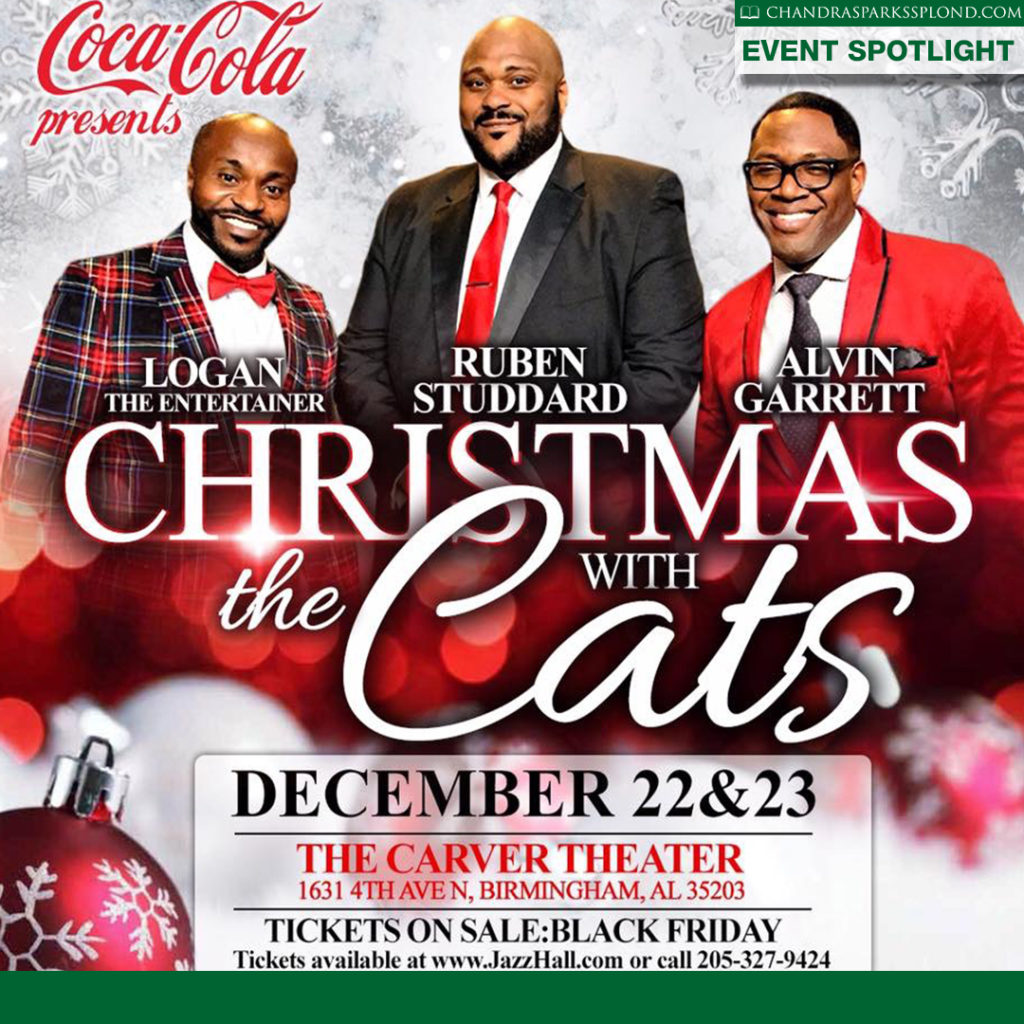 Join Grammy nominee Alvin Garrett, American Idol Ruben Studdard and Logan the Entertainer for 2016’s Christmas With the Cats. The event, which is presented by Coca-Cola, will be held at the Carver Theatre (1631 Fourth Avenue North, Birmingham, AL 35203) tonight and Friday (December 22 and 23) at 8 p.m. both nights.

The Grammy-nominated Studdard is a native of Birmingham who rose to fame during the second season of American Idol. His hits include “Flying Without Wings,” and the top-selling gospel album, I Need an Angel. He has also worked in television and on stage, touring in the play I Need a Hug with actress Robin Givens and starring as Fats Waller in the national tour of Ain’t Misbehavin’.

Garrett, journeyed to Birmingham from Tuscaloosa in 1996 to attend Samford University on a football scholarship. Over the next four years, Garrett earned a BSBA in Business Management and made Birmingham his permanent residence after graduation. After successfully working in Corporate America for a few years, Garrett took an intrepid leap of faith and resigned in order to pursue a career in the music business. Less than a year after resigning, he was touring as the bass guitarist with his bandmate, Ruben Studdard, with the American Idol 2 Tour. Both Garrett and Studdard were founding members of the band, Just A Few Cats. After the AI2 Tour in 2003, Garrett continued on with Studdard as his bassist and musical director. While touring the country, Garrett continued to hone his artistic skills that would ultimately expand his talents into the world of production and songwriting.

Last year’s event sold out so the group is doing two nights this year. Tickets can be purchased online.