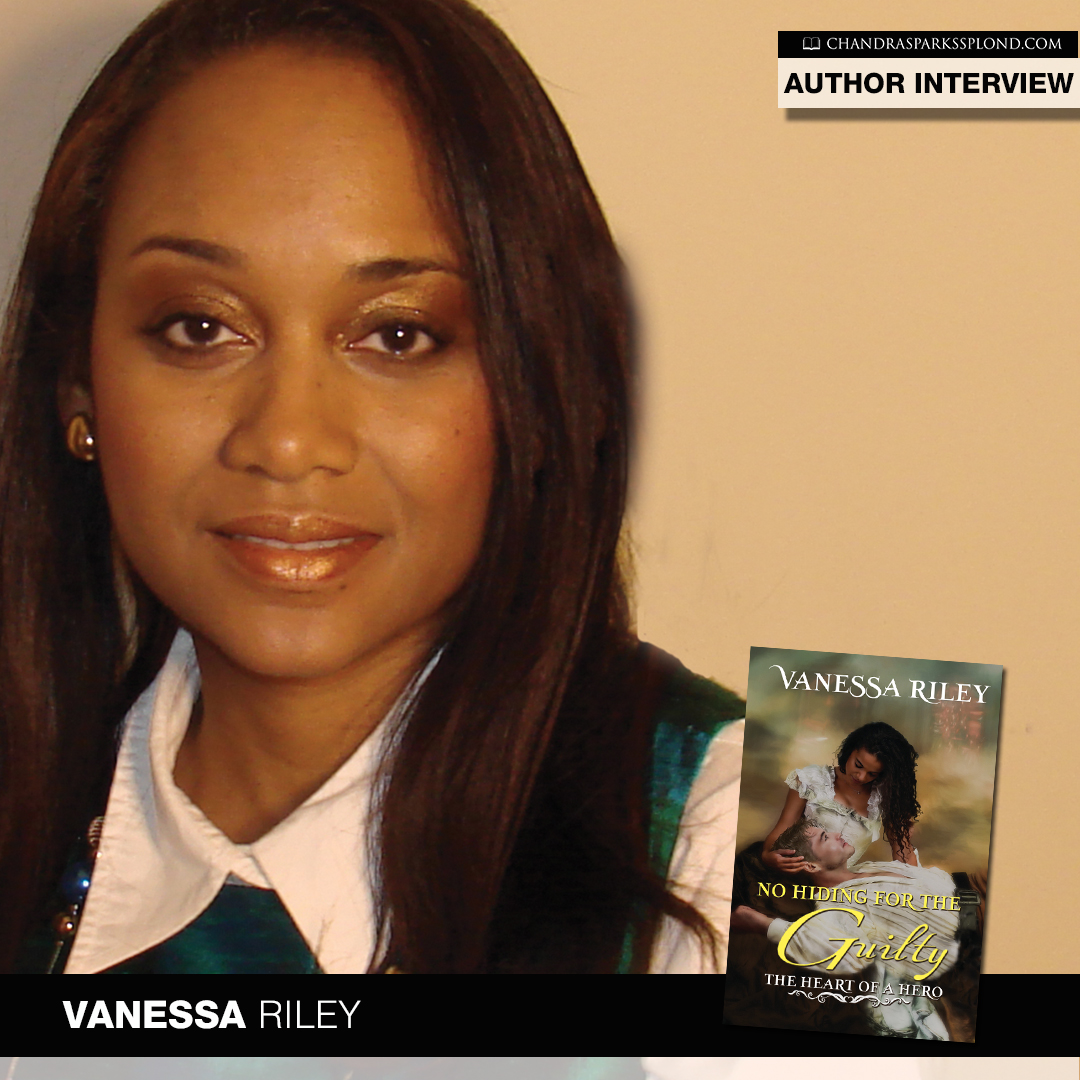 Engineer-turned-author Vanessa Riley is allowing her passion for Regency romance to shine with a new release. I recently spoke with Riley about No Hiding for the Guilty.

Tell me about your release, No Hiding for the Guilty.
No Hiding for the Guilty is a part of The Heart of a Hero Series. A group of Regency writers came together and bonded over our love of superheroes. Cora Lee, who spearheaded the project, challenged us to choose a hero, make him mortal, and set him in Regency England. All our heroes are part of Lord Wellington’s spy ring, and each have great challenges in keeping safe their part of the Regency world.

Why did you decide to write it?
I thought that the idea was superb. Who doesn’t love a superhero, but how can you channel their great strengths and weaknesses into mortals living in the early 1800s? I chose the Hulk and the She-Hulk. Hugh Bannerman is Wellington’s explosives expert. He possesses wondrous strength, unfathomable guilt and gigantic anger management issues. My hulk is trying to find the cure for his leprosy, which has greyed his skin while trying to find the killer who he believes is seeking revenge against him and his fellow commanders of the Peninsula War.

Isadel Armijo also has an anger management problem. The half-Jamaican half-Spanish chef must avenge the murder of her family, which also occurred during the Peninsula War. She wants Bannerman to teach her how to control black powder to make a controlled detonation to slay the man responsible. As you can see, I have all the Hulk elements: strength, anger, and colored skin.

What do you want readers to learn from the story?
I want them to see that anger can rob you of everything: peace, humanity, and love. Hugh and Isadel need to overcome their anger to find their peace and maybe each other.

What do you want people to learn from your life?
I want people to learn to be brave and tell the story you’re given. I began as a weird black girl who told Pride and Prejudice type stories. Now, I am The Black Girl who writes Regencies. I wouldn’t have the opportunities I have today if I tried to fit into the norm or if I tried to tell someone else’s tale. You must be authentic, even if it feels scary, even if it makes you “That Person.”

Why did you decide to write Regency romance?
I love Regency romance. I’m not sure when it all clicked. As Mr. Darcy would say “I was in the middle before” I knew this love affair had begun. I read all types of Regencies. I live for period authentic books and diaries. I have the Old Bailey’s court records on speed dial. Yet, I want to bring something different to the genre, capturing both the faith aspects of the culture and diversity, for it had both.

What’s next for Vanessa Riley?
Hopefully more and more books and happily-ever-afters. No Hiding for the Guilty releases in August. This winter expect Season II of The Bargain. Releasing in January 2018, will be The Bittersweet Bride. It is the first of a three-book Regency series, Advertisements for Love with Entangled Publishing. Each novel focuses on a Blackamoor heiress in need of a fast marriage of convenience.

Do you have anything you would like to add?
Thank you for having me on your blog. Please visit my website and sign up for my newsletter and collect your free goodies, http://bit.ly/1VsQfFX.

About Vanessa Riley
Vanessa Riley worked as an engineer before allowing her passion for historical romance to shine. A Regency era (early 1800s) and Jane Austen enthusiast, she brings the flavor of diverse peoples to her stories. Since she was seventeen, Vanessa has won awards for her writing and is currently working on two series. She lives in Atlanta with her military man hubby and precocious child. You can catch her writing from the comfort of her southern porch with a cup of Earl Grey tea.