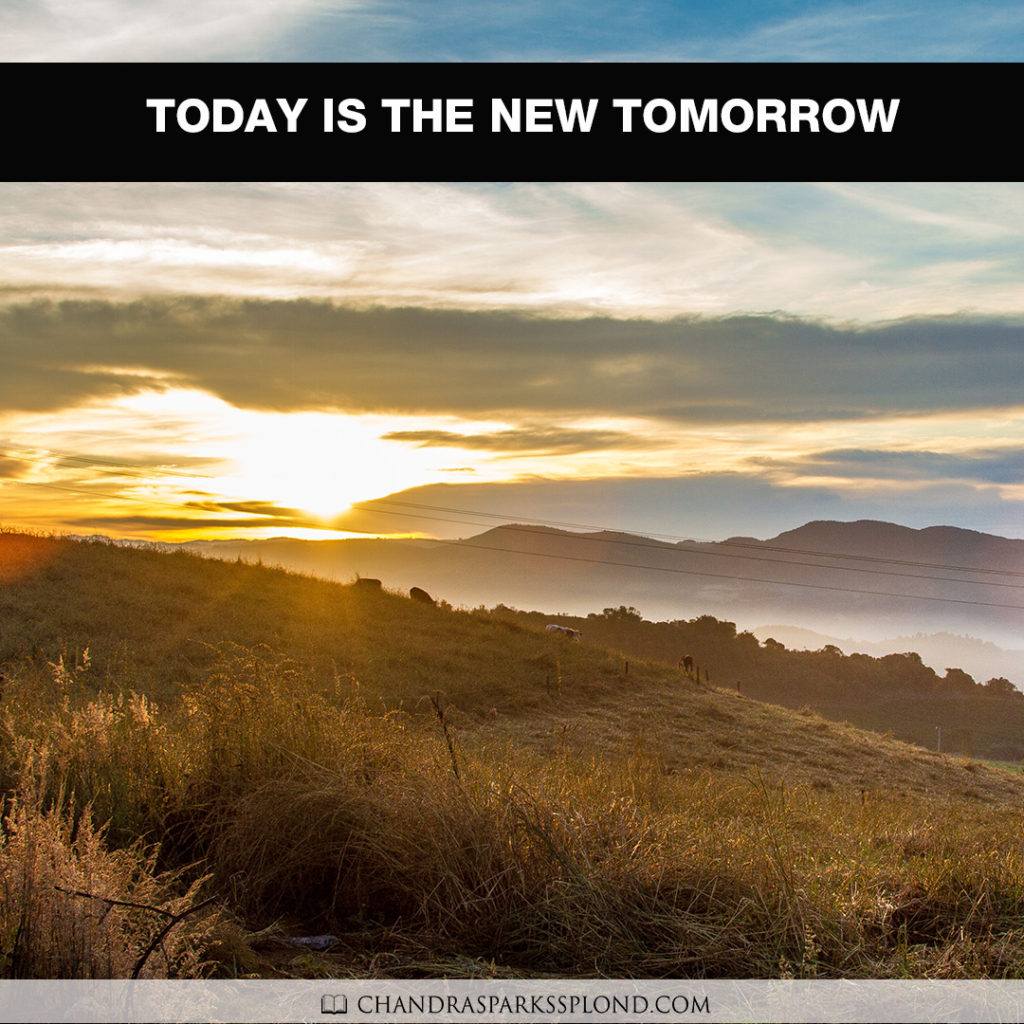 Can you believe we’re already eight weeks into 2017?

It’s funny how we start the new year with so many high hopes and lofty goals for fulfilling our dreams, and it’s somewhere around the end of February that many of us realize that there is real work involved, and we start making excuses: we don’t have time, we don’t have money, we don’t have energy… The list goes on and on.

I’m so guilty of making excuses and putting things off until “tomorrow.” The older I get though, the more I realize that tomorrow is not promised to any of us, and there is no point in putting off until tomorrow what we can do today. My goal from here on out is to think of today as the new tomorrow. I have so many dreams that I want to see come to fruition, and by the end of the year—or the end of my life for that matter—I don’t want to look back with regrets. I’m not going to keep putting things off because inevitably they won’t get done, which leads to me being discouraged.

I’m going to work on accomplishing a little something toward my dreams every single day, knowing that some days I may accomplish more than others, but at least I will be accomplishing something. Remember, a baby step is still a step. Just as long as I’m moving forward, I’m headed in the right direction.

I am foolish enough to believe that there are others who are ready to put in the work today rather than tomorrow to take the steps necessary to make their dreams come true. Anybody with me?