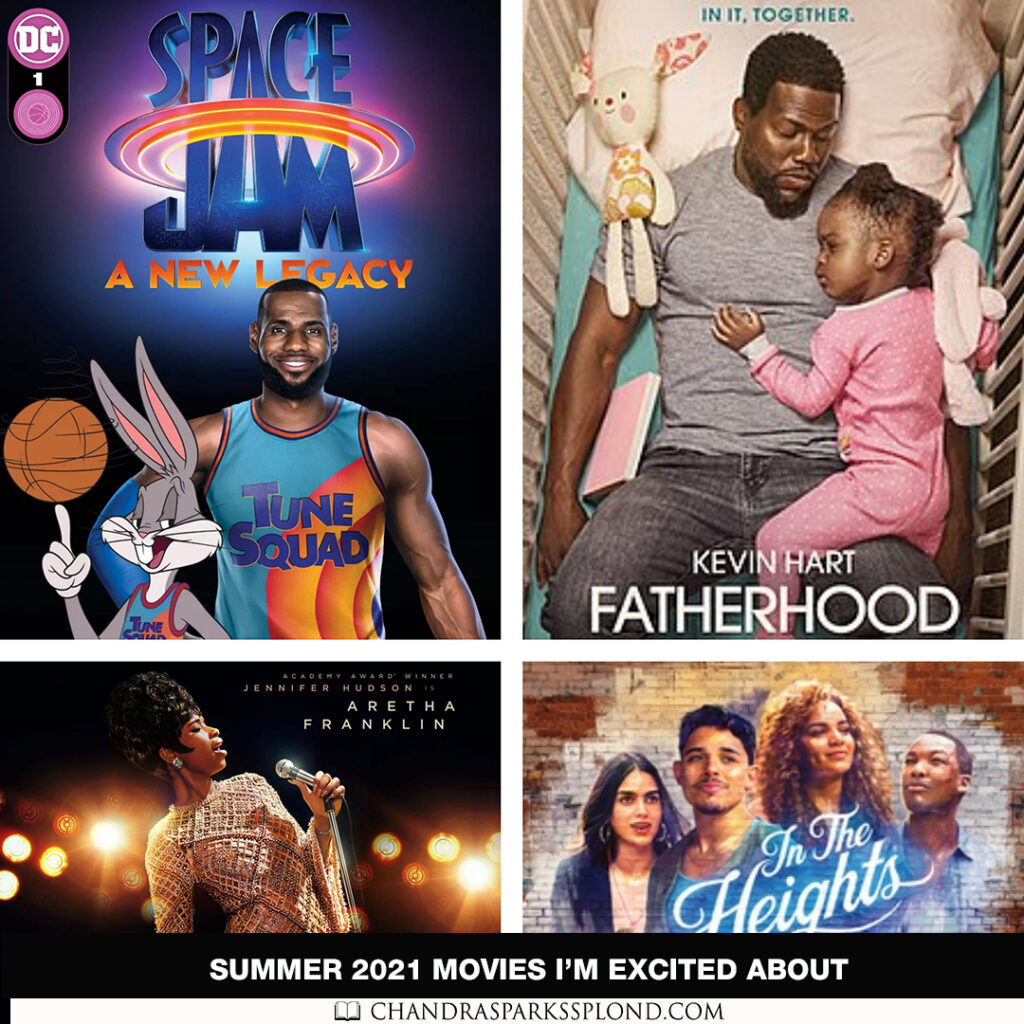 It’s summer, which means there are lots of good movies in my future. Here are a few to which I’m looking forward.

In the Heights
From the brilliant mind of Hamilton creator Lin-Manuel Miranda, In the Heights tells the story of Washington Heights, N.Y., where the scent of warm coffee hangs in the air just outside of the 181st Street subway stop, where a kaleidoscope of dreams rallies a vibrant and tight-knit community. At the intersection of it all is a likable and magnetic bodega owner who hopes, imagines and sings about a better life.

Space Jam
Welcome to the Jam! Basketball champion and global icon LeBron James goes on an epic adventure alongside timeless Tune Bugs Bunny with the animated/live-action event Space Jam: A New Legacy, from director Malcolm D. Lee and an innovative filmmaking team including Ryan Coogler and Maverick Carter. This transformational journey is a manic mashup of two worlds that reveals just how far some parents will go to connect with their kids. When LeBron and his young son Dom are trapped in a digital space by a rogue A.I., LeBron must get them home safe by leading Bugs, Lola Bunny and the whole gang of notoriously undisciplined Looney Tunes to victory over the A.I.’s digitized champions on the court: a powered-up roster of professional basketball stars as you’ve never seen them before. It’s Tunes versus Goons in the highest-stakes challenge of his life, that will redefine LeBron’s bond with his son and shine a light on the power of being yourself. The ready-for-action Tunes destroy convention, supercharge their unique talents and surprise even “King” James by playing the game their own way. James stars alongside Oscar nominee Don Cheadle.

Fatherhood
Starring Kevin Hart, Alfre Woodard, DeWanda Wise and the adorable Melody Hurd, Fatherhood is based on the book by Two Kisses for Maddy: A Memoir of Loss and Love; by Matthew Logelin A father brings up his baby girl as a single dad after the unexpected death of his wife who died a day after their daughter’s birth.