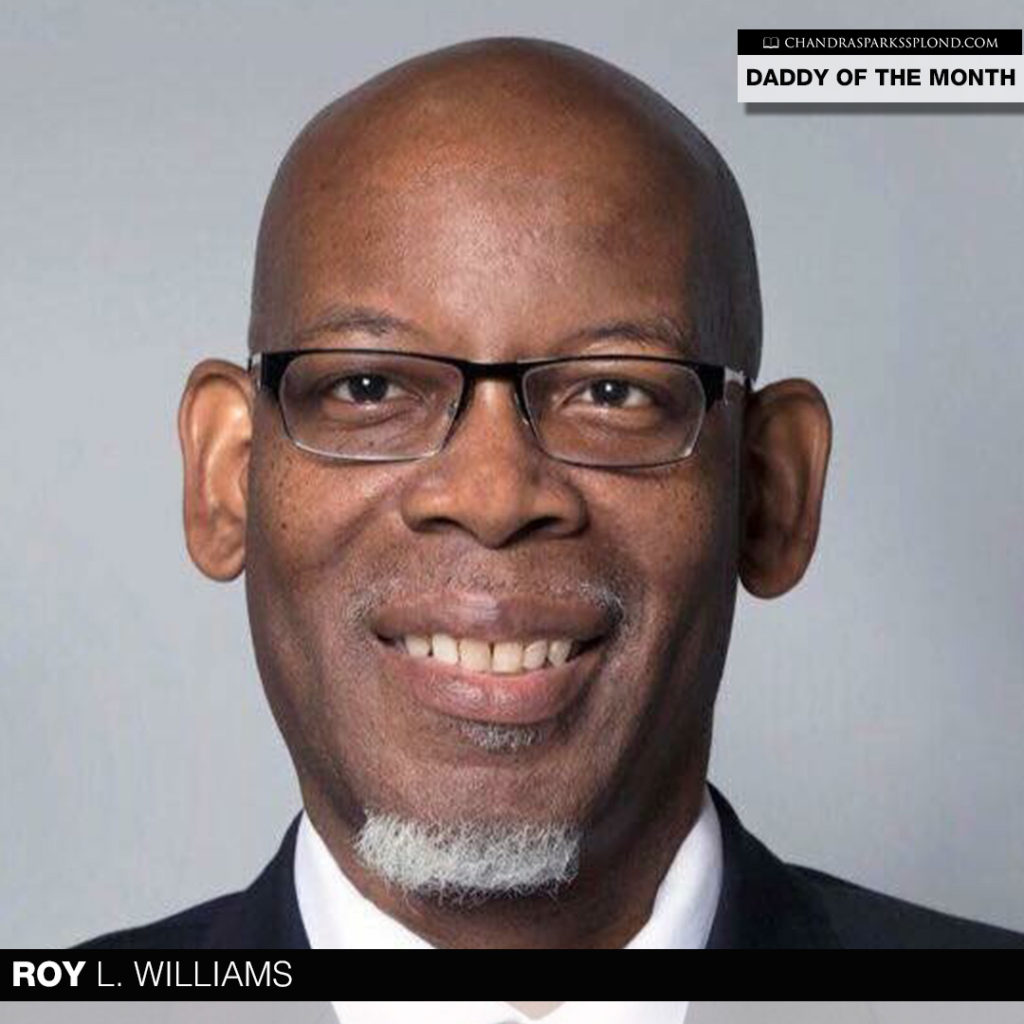 Every June I take a break from my Momma of the Month posts to spotlight an amazing daddy. This year, I’m honored to feature Roy L. Williams, Public Relations Director of the Birmingham Public Library.

What do you want your kids to learn from your life?
I want my kids to never let what other people say about them determine their destiny or stop them from pursing their dreams. I use negative words, people doubting me or stereotyping me because of my race as motivation. During my first newspaper summer internship as a junior at Jacksonville State University, an editor told me I was too shy to be successful as a journalist.  Instead, I ended up excelling that summer as a reporter because my quiet personality got people to trust me over stereotypical pushy, arrogant reporters.

The worst thing about living in Birmingham is the overall quality of education isn’t what I expect it should be for a city of such potential. Though my kids were smart enough to get into the Birmingham City School System’s magnet schools (EPIC Elementary, Phillips Academy and Ramsay High School), too many of our city schools don’t meet the academic standards available in suburban school systems like Hoover and Homewood. I am glad the Birmingham school failure list has fallen significantly, but for Birmingham to attract more middle and upper class residents and better jobs, our schools need more funding to cut into the education gap.

What is your proudest personal moment?
My proudest personal moment grew out of tragedy. After losing my oldest brother, Army Maj. Dwayne Williams, in the Sept. 11, 2001 terrorist attack on the Pentagon, I published my first book, a memoir called 911, God Help Us: A Journalist’s Tale of Faith. I became a victim’s advocate, sharing my testimony of overcoming death of a loved one to violence before churches, schools and civic groups. I also was selected to be the keynote speaker at the City of Birmingham’s first anniversary of  9/11 Remembrance Ceremony at the Boutwell Auditorium, a speech carried live on Fox 6.  At age 54, having lived 14 years longer than my oldest brother, I have learned to not take any day for granted, and enjoy life to the fullest.

What is your proudest dad moment?
My proudest dad moments are two: The birth of our daughter Naja in July 1999 after my wife and I suffered many years of infertility (Naja’s name means “success” in Swahili). The second was the birth of our son Royce in February 2002, as the new baby helped ease the pain of losing my brother in the terrorist attack five months earlier.

What is your proudest husband moment?
My proudest husband moment was when my wife and I got to make the trip of a lifetime prior to having kids – an overseas trip in 1997 that started in Europe (visiting Paris and Germany) and ended with a weeklong visit with my older brother while he was stationed in Cairo, Egypt. We got to see The Sphinx and Great Pyramids, a boat ride on the Nile River, and visiting King Tut’s tomb. I saw unimaginable poverty, families living in huts next to the river, and it gave me a new appreciation of how blessed we are.

What advice do you have for dads who are trying to juggle spending time with their family with having a career?
Make sure you set aside quality vacation time every year to get away from work responsibilities and travel with your wife and kids. We have created fond memories traveling to foreign countries via cruise vacations with our kids and vacation spots like Disney World that my parents couldn’t afford to take me and my brothers when I was young. Even today with a daughter in college and a son heading into his high school senior year, my wife and I vacation to the beach and other places every year with our kids.

What’s next for Roy Williams?
I am in the process of studying to take my Accreditation in Public Relations APR) exam in the fall of 2019. It requires intense, several months long study hours at home after work, but the research and preparation is making me more educated about the field of public relations and  will signify my successful transition from 25 years in journalism. I also am working on a couple new books, including one that will be a couple’s guide to coping with and overcoming infertility. I am also spearheading a new after-school male mentoring program at the Birmingham Public Library involving men of various professions discussing “real life” issues with our young patrons. I am really excited about it so stay tuned for details soon.

Is there anything you would like to add?
I encourage all fathers to play an active role in their children’s lives, even if you and their mother are no longer together. Making a baby does not make you a real father, a real father is there for their children and willing to pass on knowledge so that they don’t repeat the same mistakes you did when growing up.