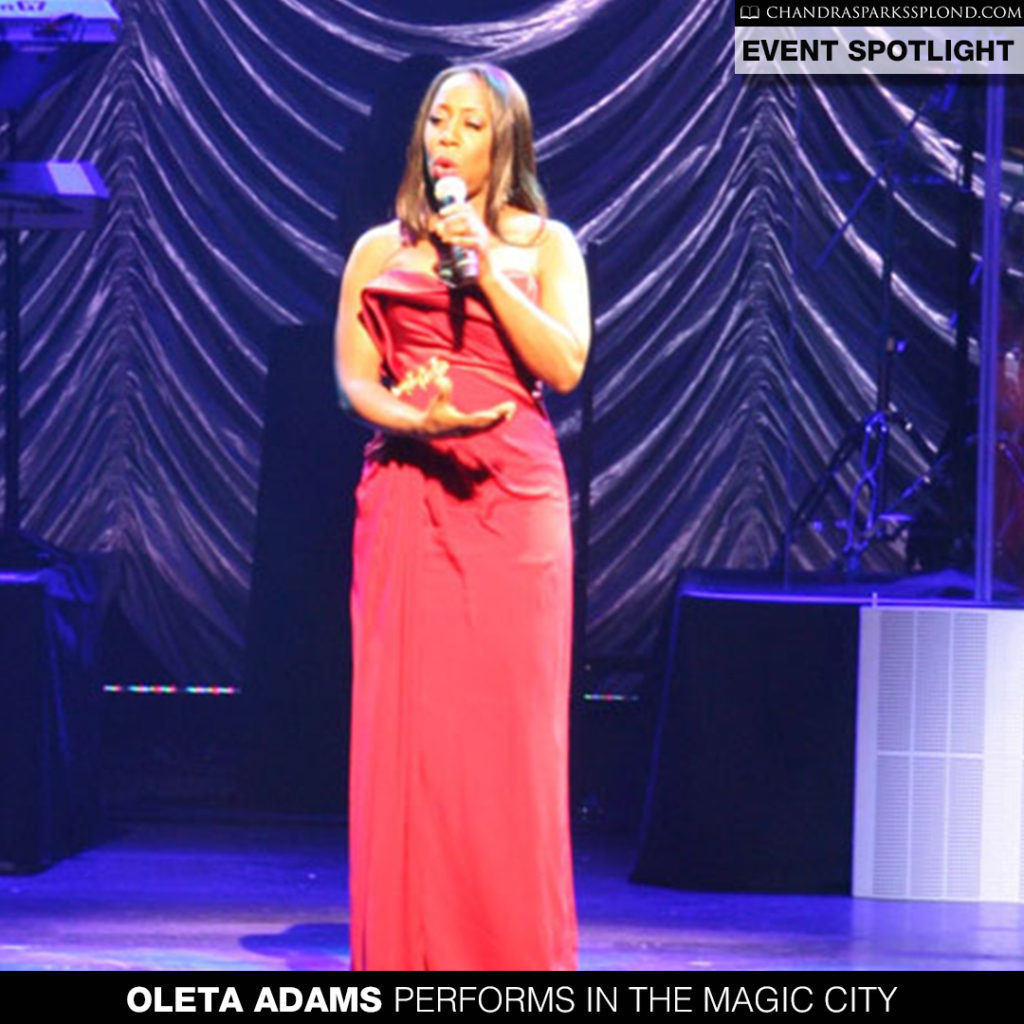 Singer Oleta Adams brings her amazing vocals to the Magic City on Thursday, October 12 and Friday, October 13 at 7:30 p.m. each night at the Hoover Public Library.

According to her website, since the runaway success of her 1990 debut album Circle of One (which went platinum), and the impassioned hit single “Get Here” (the Brenda Russell composition that became an unofficial anthem of the 1991 Gulf War), Oleta Adams has inspired a growing legion of fans in the U.S. and Europe with journeys of the heart via songs that draw deeply from her roots in gospel, while crossing effortlessly into the realms of soul, R&B, urban, and popular music. Her success, nurtured by worldwide tours with Tears for Fears, Phil Collins, Michael Bolton, and Luther Vandross, has been solidified by four Grammy nominations.

A long-time resident of Kansas City, Kansas, Adams also remains anchored by her upbringing in the Pacific Northwest. The youngest of three girls and two boys, Adams spent her formative years in Seattle before traveling over the mountains at age six to Yakima, Washington, an idyllic town of 60,000. She first demonstrated her budding vocal gifts in the Pilgrim Rest Baptist Church where her father served as minister.

By the time Adams was eleven, she was directing and accompanying four choirs, having already established herself as a piano prodigy. She credits her further musical development in junior high school to Lee Farrell, “the brilliant Julliard-trained teacher and voice coach who changed my life.” School provided another outlet for Adams: the theatrical stage. In her senior year she broke barriers and traditions as the star of Hello Dolly! admitting that “early on I realized the pleasures of being a big fish in a small pond.”

Turning down the chance to pursue an operatic career as a lyric soprano, along with a scholarship to Pacific Lutheran University, Adams instead spent a summer in Europe before heading to Los Angeles in the early 1970s. One demo tape and $5,000 later, she discovered that the disco movement had deafened music executives. Adams’s gospel-flavored voice was not “in.” With the help of Coach Lee Farrell she wound up in Kansas City, where she launched her career playing piano bars, hotel lounges and showrooms.

Adams quickly became a local institution, with her own billboard and a regular gig at the Hyatt Regency Hotel. Celebrities from every musical genre caught her act, including Eartha Kitt, Cab Calloway, Air Supply, Gino Vanelli, Yes and Billy Joel. Finally serendipity came in the form of the British band Tears for Fears, whose frontmen Roland Orzabal and Curt Smith asked her to appear on their 1989 The Seeds of Love album, video and European tour. Upon her return to the U.S. Adams signed a record deal for her first solo album in 1991.

Adams has released eight CD releases, including secular, gospel, and a Christmas album, worldwide acclaim and over two-and-a-half million albums sold. Her latest work is the prayer album Safe and Sound & Long and Lonely Hours.

For more information or to purchase tickets, visit the Hoover Library website.