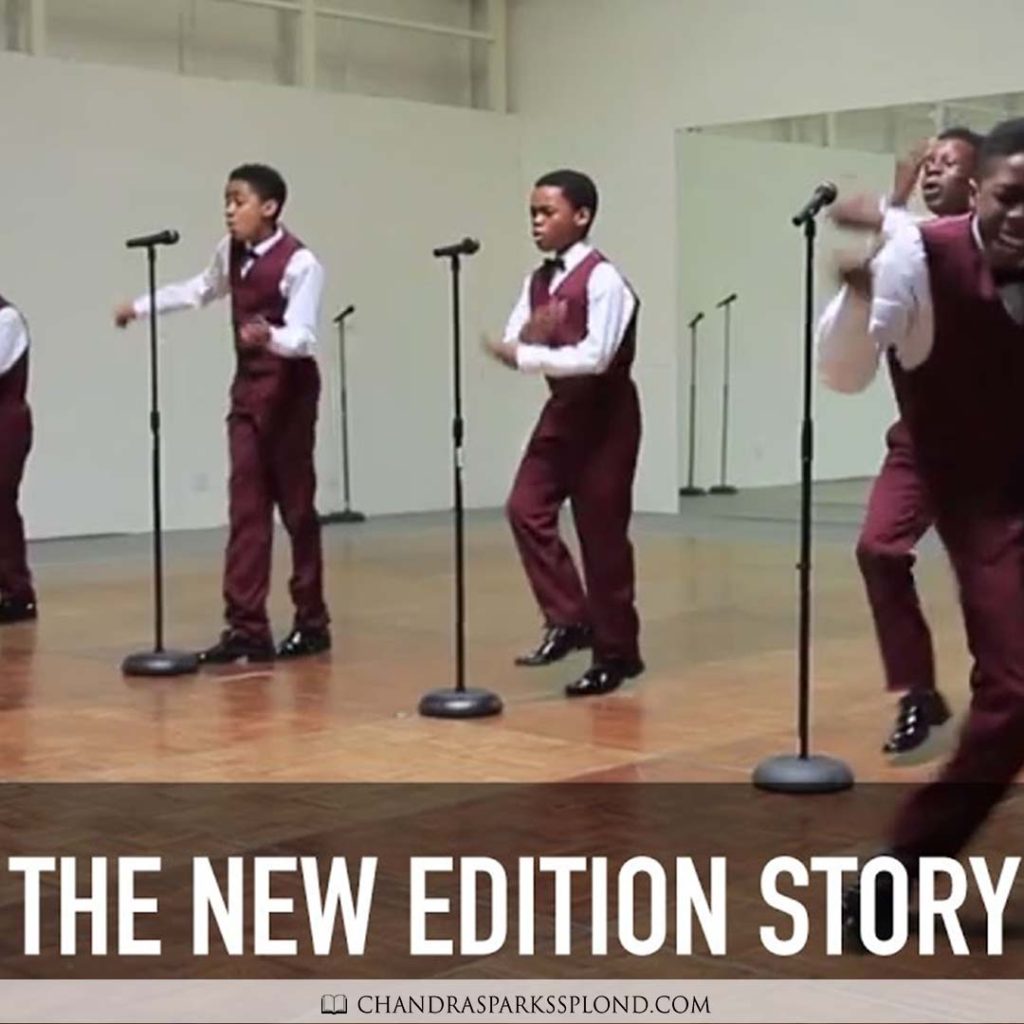 DVR alert. This week brings the three-part New Edition Story mini-series to BET. I have been waiting for this since I first heard about it last year, and I’m more than a little excited.

Formed in 1978, New Edition was arguably the top African-American boy band of the 80s. Their hits include “Candy Girl,” “Cool It Now,” “Mr. Telephone Man,” and “Can You Stand the Rain?” The group also spun off to form several other successful groups and solo acts, including Bell Biv Devoe (BBD) whose hits include “Poison” and “Do Me.” The group’s bad boy Bobby Brown who was kicked out of the group found solo success and topped the charts with “My Prerogative” and “Every Little Step.” He also found love with the late songbird Whitney Houston, and they were married for 14 years. Lead singer Ralph Tresvant who had the hit “Sensitivity.” On his own, vocal powerhouse Johnny Gill found success with “Rub You the Right Way.” Gill, who was added to the group after Bobby Brown was kicked out also had a successful career with singer Stacy Lattisaw with whom he paired for a bunch of duets.

Word is the miniseries does not hold back, and I can’t wait to see it. Who will be watching with me?