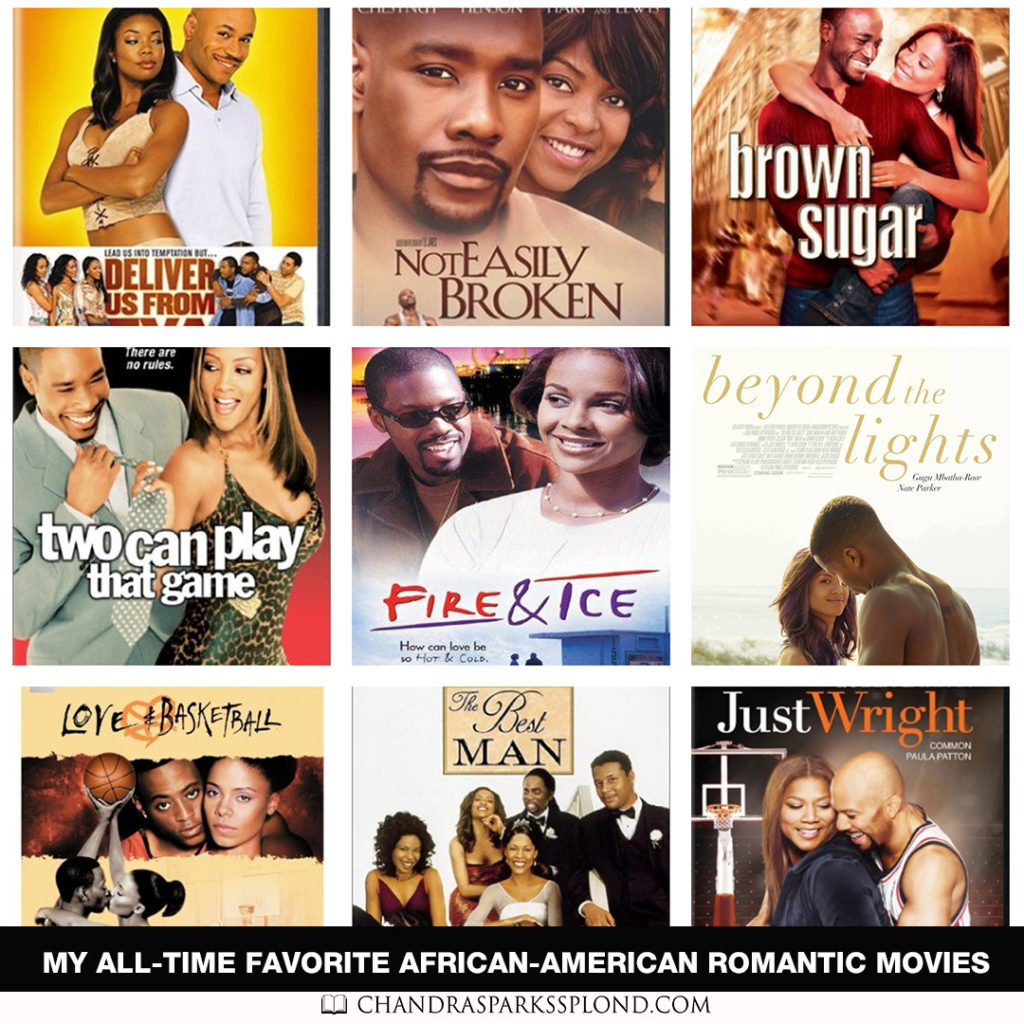 I am a sucker for love. I can watch romantic movies all day. There are a few that are my favorites that I can watch repeatedly no matter how many times they come on. With Valentine’s Day right around the corner, I thought I would share some of my all-time favorite movies. Maybe you and your boo (or crew) can share them this weekend.

The Best Man
Harper Stewart (Taye Diggs) is a commitment-shy writer and the best man at the wedding of Lance (Morris Chestnut) and Mia (Monica Calhoun). Unfortunately for Harper, the timing couldn’t be worse. His new book is coming out and it chronicles his college life with his friends. As the celebration weekend nears, secrets are revealed.

Beyond the Lights
Noni Jean (Gugu Mbatha-Raw) is a hot new award-winning artist primed for superstardom. The pressures cause Noni to nearly fall apart—until she meets Kaz Nicol (Nate Parker), a promising young cop and aspiring politician who’s been assigned to her detail. Drawn to each other, Noni and Kaz fall fast and hard. Can Kaz’s love give Noni the courage to find her own voice and break free to become the artist she was meant to be?

Brown Sugar
Music critic Sidney (Sanaa Lathan) has had a lifelong love of not only hip-hop but music executive Dre (Taye Diggs), her childhood friend with whom she first discovered hip-hop.

Deliver Us From Eva
Her sisters think Eva (Gabrielle Union) is a gift from heaven. Their husbands call her the sister-in-law from hell. The guys decide the only way they will ever score any quality time with their women is to find Eva a man. Enter Ray (LL Cool J), an ultra-suave player, who is hired to make Eva fall madly in love with him. All goes according to plan until Ray finds himself falling for her.

Love and Basketball
Monica (Sanaa Lathan) and Quincy’s (Omar Epps) love for basketball doesn’t compare to the love they have for each other. From childhood to adulthood, follow the pair through the ups and downs of their relationship.

Not Easily Broken
After years of marriage, Dave (Morris Chestnut) and Clarice (Taraji P. Henson) Johnson’s love is being severely tested. After Clarice is involved in a car accident, the couple has to deal with the same kinds of pressures most married people go through.

Two Can Play that Game
Shante Smith (Vivica A. Fox) is a beautiful advertising executive who seems to have her life—and her man—completely under control. Her relationship with Keith (Morris Chestnut), a handsome lawyer, is the envy of her friends, until one night when the girls see Keith with another woman. Now, Shante is forced to launch her ten-day plan to get her man back in line and save face with her friends.

Fire and Ice
The host of a late-night talk show (Kadeem Hardison) falls in love with the daughter (Lark Voorhies) of a Georgia politician.

What are your all-time favorite romantic movies?