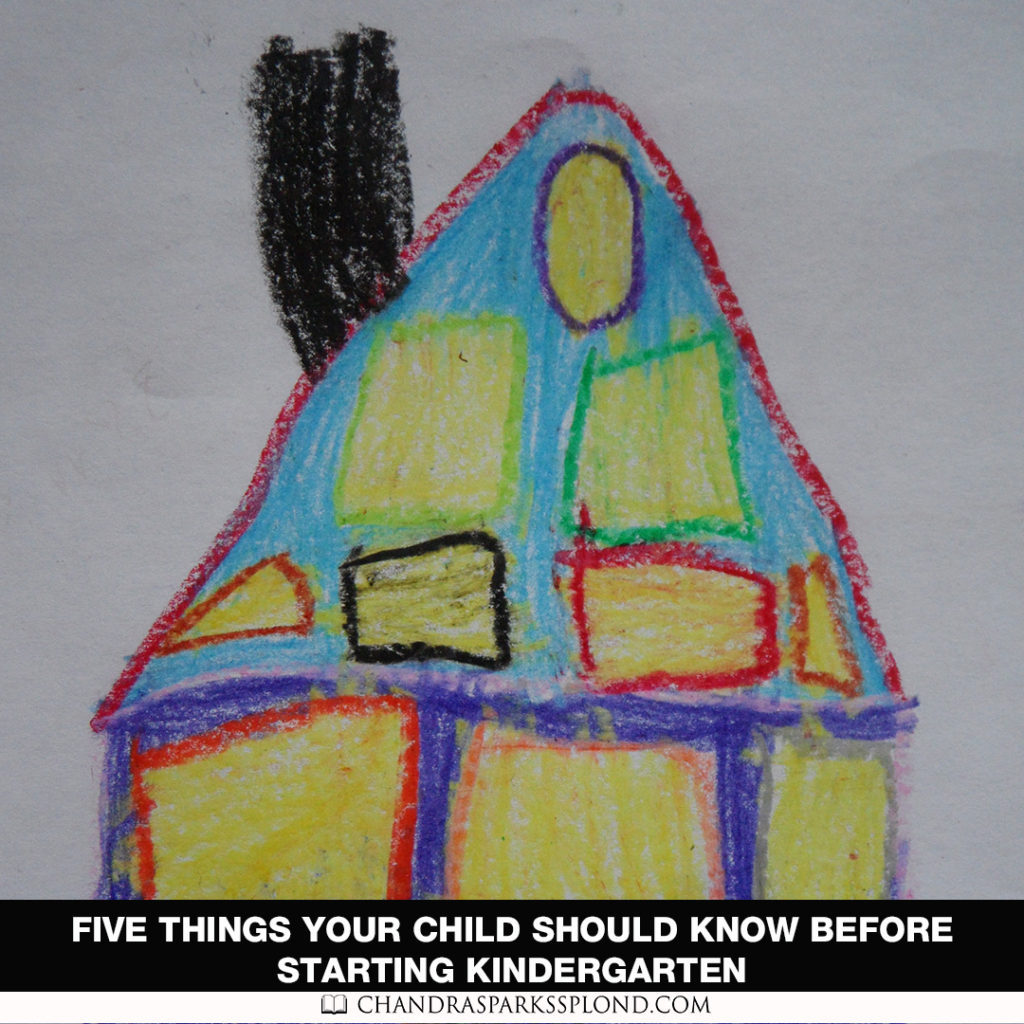 Even though temperatures say otherwise, summer only officially began a few weeks ago. For some, school starts back in a couple weeks, so if you haven’t done so already, it’s the perfect time to start preparing your child for next school year. Many students will be transitioning to kindergarten, elementary, middle and high school, as well as college, so I thought it was a good time to repeat my Five Things series. First up, five things your child should know before starting kindergarten.

Her full name. I served as a long-term substitute teacher for first grade a few years ago, and I can’t tell you the number of stories I heard about kids who started kindergarten who didn’t know their birth names. Many of them were used to being called a nickname. Calling your child Lovebug may be cute around the house, but it’s not so cute when he goes to school and is staring at the teacher like she has two heads when she calls him by his real name. Make sure he knows his full name, and if you really want to step it up a notch, he should know how to spell it too.

Her alphabet. Your child should be able to recite the alphabet from A to Z, and she should be able to recognize the letters. This is all about repetition. Sing the ABC song—don’t sleep on the Gracie’s Corner version available on YouTube, which may have you dancing and singing along even when your kids aren’t around, and it will also teach them the sound of the letters. Write down a letter and ask her what it is. Eventually they catch on.

How to count to at least ten. Learning numbers is about repetition too. Say them and write them over and over until your child recognizes them. Gracie’s Corner is also a great help in this regard with videos teaching kids count to 50 and 100.

Your full name. If your child ever gets lost and someone asks your name, they should not just know you as Momma or Daddy or whatever they call you. It’s imperative that your child knows your full name just as well as they know their own.

There are so much more a child should know by this age, but I think knowing this will mean he or she is off to a great start for excelling in kindergarten. Teachers, chime in. What are some things students should know before starting kindergarten?