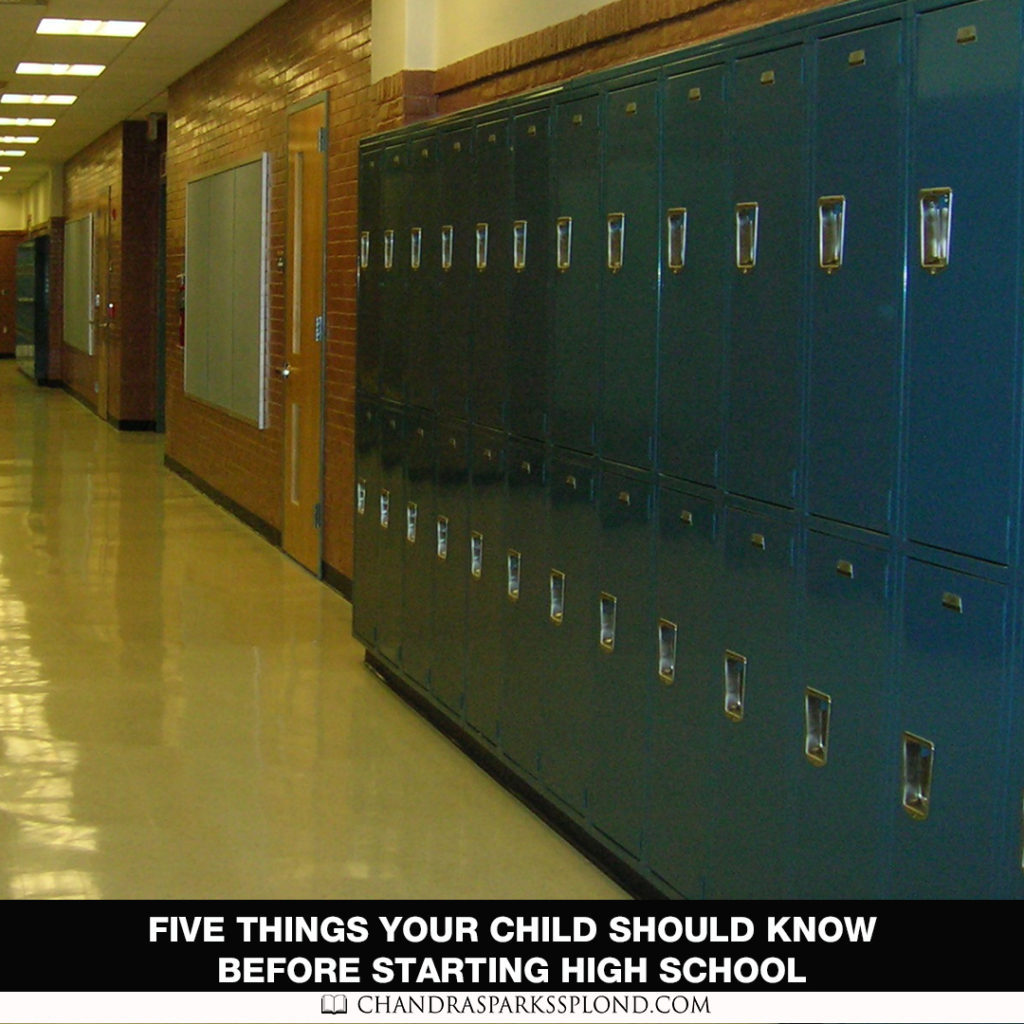 How did we get here?

In a few short weeks, my favorite girl will be starting her senior year of high school. It’s an exciting but bittersweet time. For the latest installment of Five Things Your Child Should Know, I’m looking at five things your child should know before starting high school.

What are some things you think children should know before starting high school?