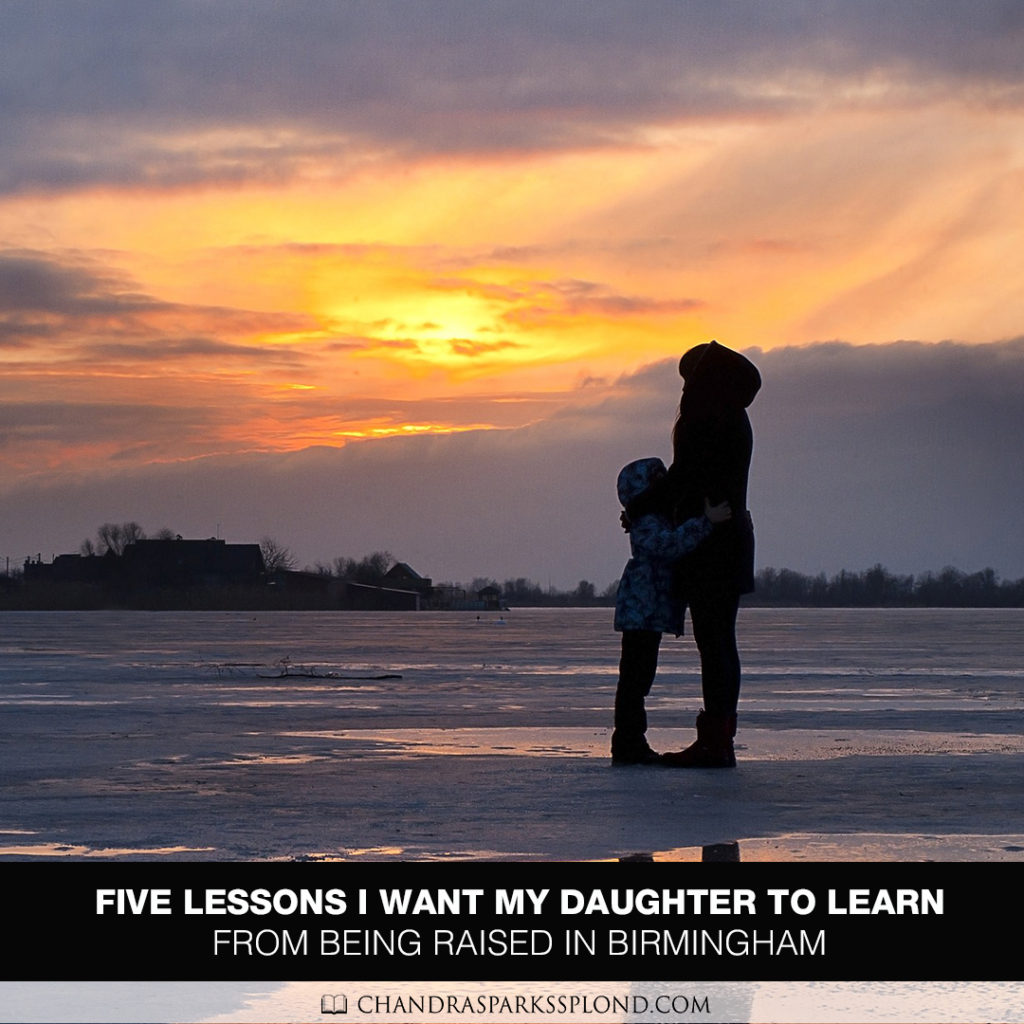 Maybe the realization that my daughter will be 16 this year has me a little nostalgic, but recently I started thinking about how much of a blessing the city I once despised has been to me since I returned in 2006.

Like most teenagers, I reached a point where I wanted to get as far away from home as possible. Call it teenage arrogance or just growing up, but there were a few days where I believed I would be just fine if I never saw Birmingham again.

Fast forward about 15 years later when life had beat up on me a few times more than I care to admit and my baby girl had come into my life. Without my permission, my heart started longing for home, and there was a huge desire to return to the people and things I once thought I never wanted be around again.

Since returning to Birmingham, I’ve realized the following, and I want my daughter to realize them too:

What lessons do you want your child to learn from where she is being raised?