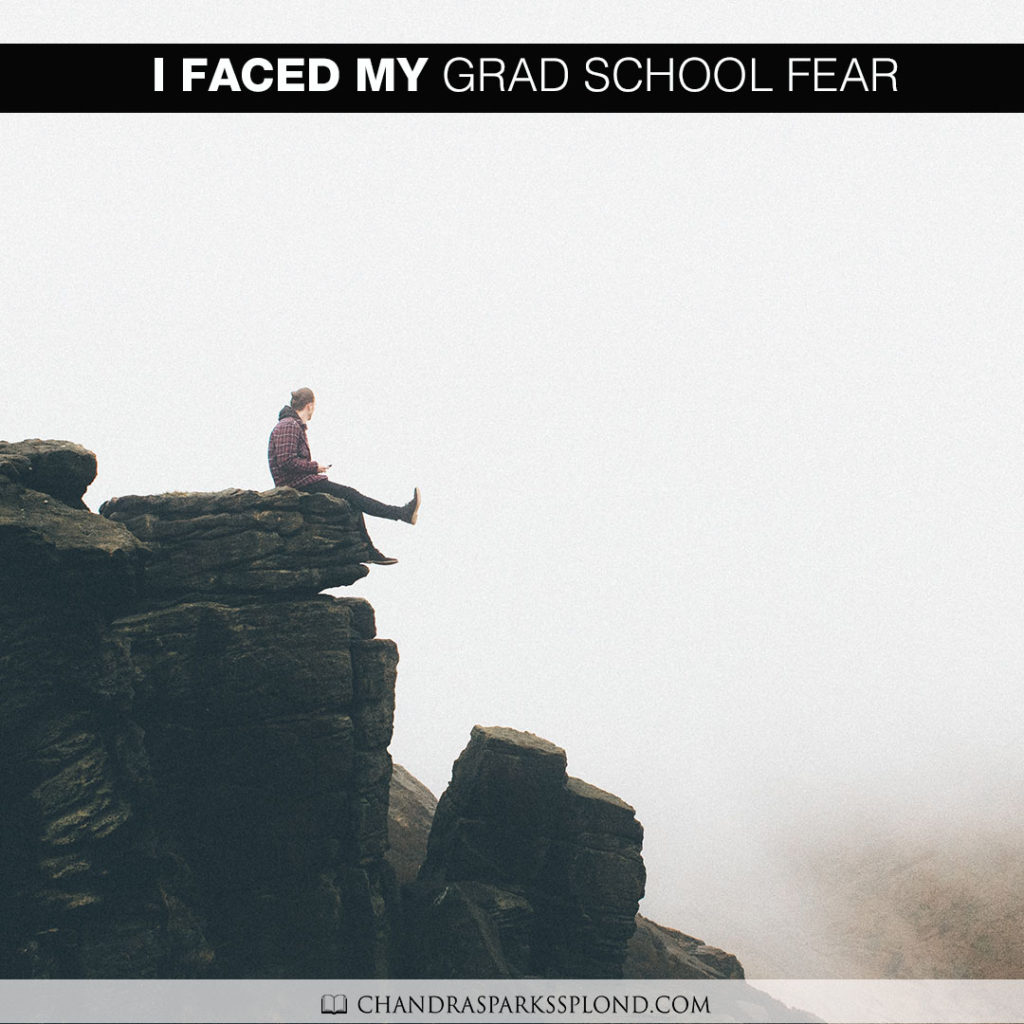 It’s been a long school year. This time last year, I was sitting around talking with my boo thang when I had the ah-ha moment that I need to go to grad school.

For more than 20 years, I have insisted emphatically that I had zero desire to go back to school. As an author, editor, blogger and speaker, I’ve experienced what most people would consider to be success with having only a bachelor’s degree. As far as I know, not having a master’s degree really hasn’t hindered me in any way professionally. During my conversation with my husband, I realized that it has hindered me personally.

After realizing fear was holding me back, I made it my mission to not only apply to grad school, but to get my graduate degree. Now I’m a year in, and if all goes according to plan, almost 25 years after getting my undergraduate degree, I will have a master’s. The #countdowntograduation this December has officially begun, and my eyes are fixed firmly on the prize of having that degree in hand.

I have been telling my daughter since she was a baby that her priorities in life are to graduate high school, then college and then get at least a master’s degree before she thinks about getting married. Maybe it’s because I realize that a master’s degree is the new high school diploma and in order to compete, she needs those degrees in hand. As an adult, I know the value of education, and it is my job to instill that value in her and to set an example for her by mirroring what I want her to do. Surprisingly, most of my classes are comprised of adults like me who have realized the value of an education—or maybe they’ve had their own ah-ha moment and realized they have been running scared all these years.

The first year of grad school has made me realize that it’s never too late to admit your fears, move forward and make your dreams—even those you didn’t realize you had—come true.

If there is anything that has you running scared, maybe it’s time to face your fear and do it afraid too. If I can do it, so can you.