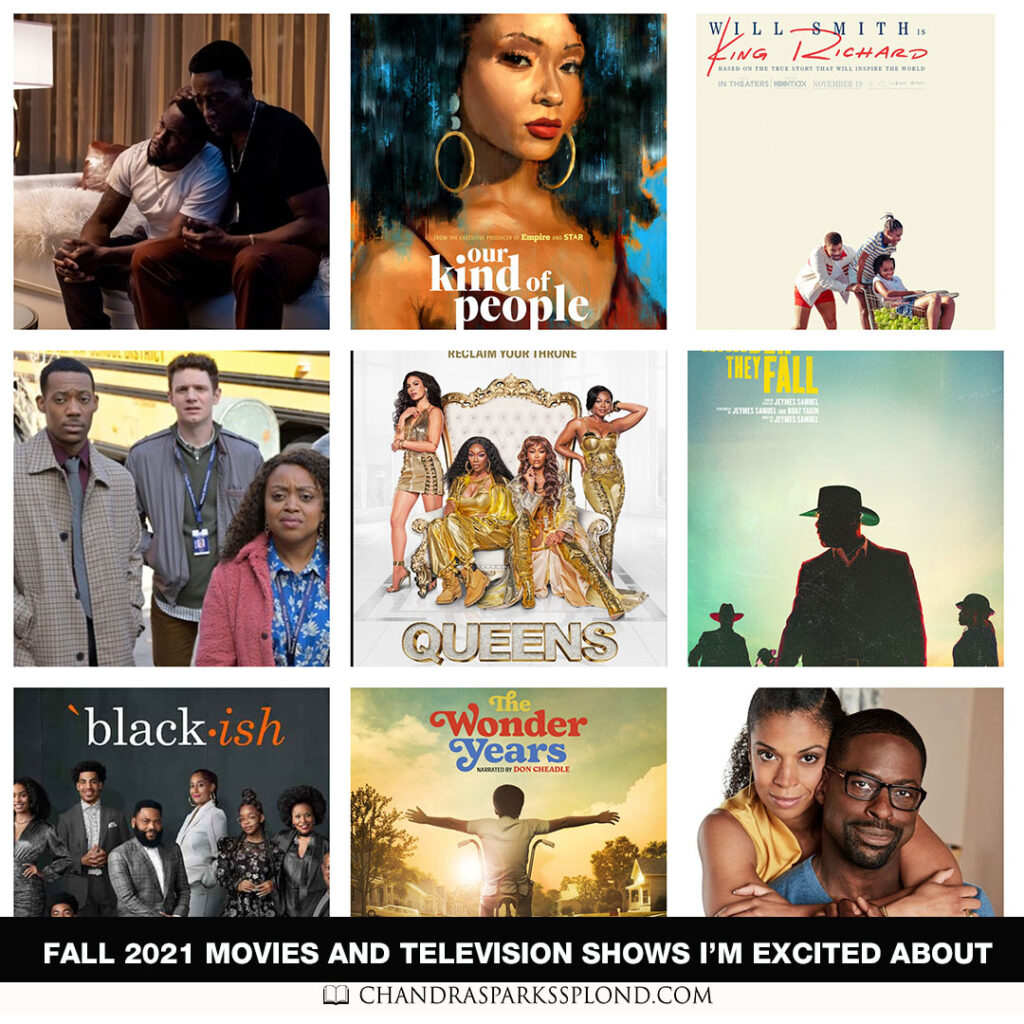 Our Kind of People
Premieres September 21, 2021

Based on the book by Lawrence Otis Graham, Our Kind of People stars Yaya DaCosta and Morris Chestnut. The weekly drama revolves around a strong-willed, single mother who sets out to reclaim her family’s name and make an impact with her revolutionary hair care line that highlights the innate, natural beauty of black women.

Follow four women (Brandy, Eve, Naturi Naughton, Nadine Velazquez), estranged and out-of-touch, in their 40s reunite for a chance to recapture their fame and regain the swagger they had as the Nasty B******—their ’90s group that made them legends in the hip-hop world.

In this workplace comedy, a group of teachers are brought together in a Philadelphia public school.

Black-ish
Premiere Date to be Announced

The award-winning series offers a fun yet bold look at one man’s determination to establish a sense of cultural identity for his family. It stars Anthony Anderson, Tracee Ellis Ross, Yara Shahidi, Marsai Martin, Jenifer Lewis, Laurence Fishburne, Miles Brown and Marcus Scribner, is coming back for its eighth and final season. The official premiere date hasn’t been announced, but word is, it will be a mid-season replacement, so we might not see new episodes in January. Just in case that changes, I wanted to put it on your radar this fall.

This Is Us
Premiere Date to be Announced

It’s the last season for the beloved Pearson family, especially one of America’s favorite couples, Randall and Beth (played by Sterling K. Brown and Susan Kelechi Watson). Online murmurings say it will also be a mid-season replacement, but if past seasons are any indication, it will be well worth the wait. This Is Us chronicles the Pearson family across the decades: from Jack (Milo Ventimiglia) and Rebecca (Mandy Moore) as young parents in the 1980s to their kids, Kevin (Justin Hartley), Kate (Chrissy Metz) and Randall searching for love and fulfillment in the present day.

The Harder They Fall
Releasing November 3, 2021

When an outlaw discovers his enemy is being released from prison, he reunites his gang to seek revenge in this Netflix Western starring Idris Elba and Regina King.

This reboot, which stars Dule Hill with narration by Don Cheadle, tells the story of a man who recalls his experiences growing up in Montgomery, Alabama during the late-1960s.

A look at how tennis superstars Venus and Serena Williams became who they are after the coaching from their father Richard Williams, played by Will Smith.

Starring Kevin Hart and Wesley Snipes, True Story revolves around a tour stop in Kid’s hometown of Philadelphia, which becomes a matter of life and death for one of the world’s most famous comedians.