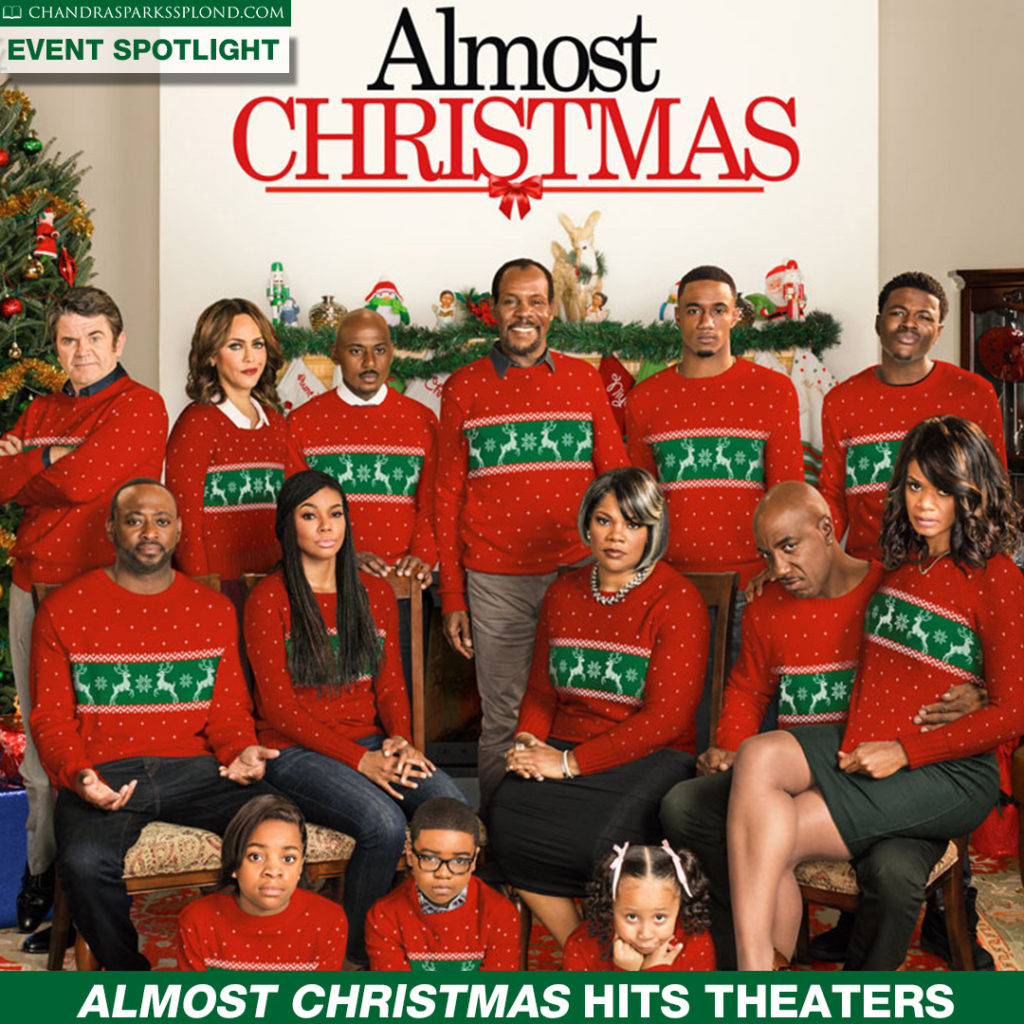 We’re only a few weeks away from Thanksgiving, which means plenty of naps, great food and good movies are in my future. Before I settle in for my yearly round of Hallmark and Freeform (formerly ABC Family) Christmas movie marathons, I want to go to the movie theater to see Almost Christmas.

The trailer for the new comedy from writer/director David E. Talbert (Baggage Claim) and producer Will Packer (Ride Along, Think Like a Man series, This Christmas) had me cracking up. Almost Christmas, which was previously called A Meyer Thanksgiving and A Meyer Christmas, tells the festive story of a beloved patriarch who asks his family for one gift this holiday season: to get along. If they can honor that wish and spend five days under the same roof without killing one another, it will be a Christmas miracle.

The soundtrack, which includes songs by The Four Tops, Slick Rick, The Dazz Band, Robin Thicke, Etta James, The Commodores, and Troop looks like a winner too.

Check out the trailer below. A point of pride: The school in the foreground at the :18 mark is my alma mater, Ramsay High School, right here in the Magic City.