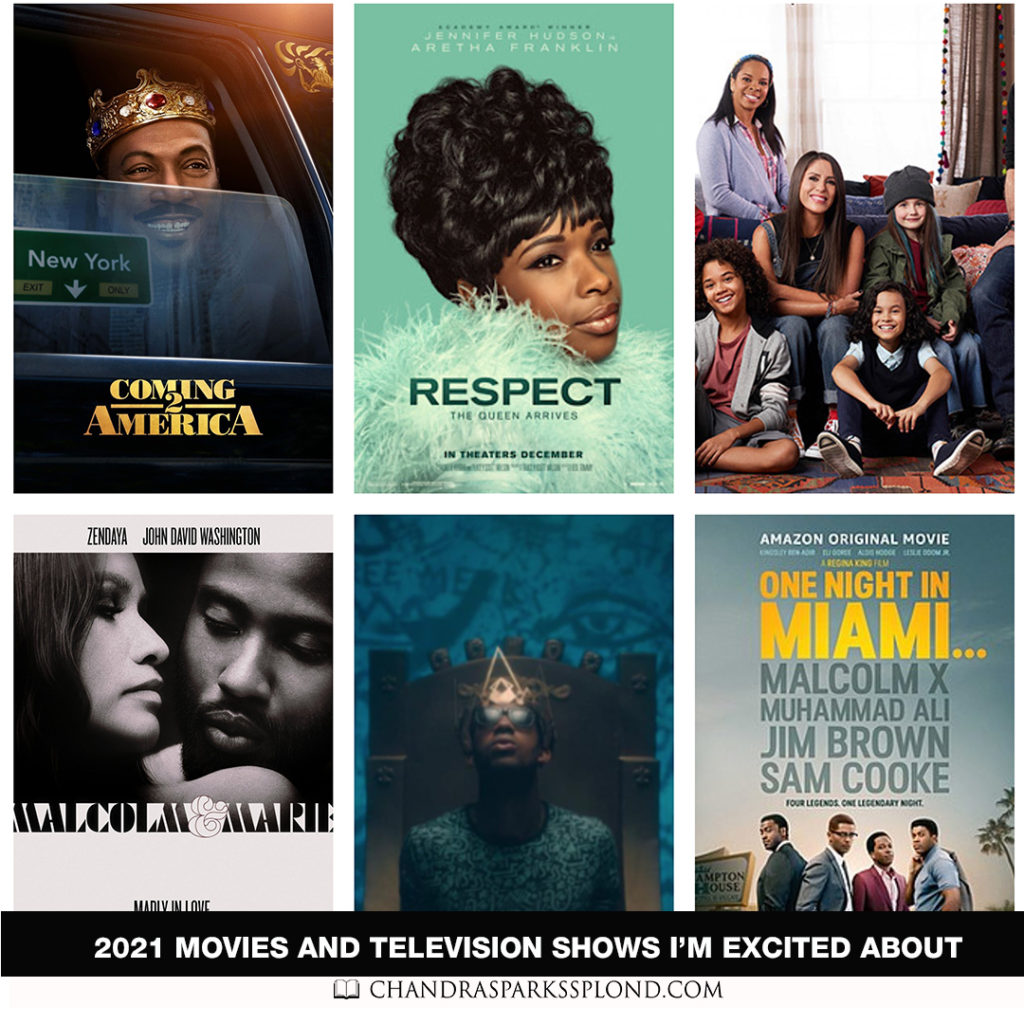 Even though we’re only a few days into 2021, and it’s already proven to be its own reality show, there are still a few movies and TV shows I’m excited about this year.

Coming 2 America
The much-anticipated sequel to the Eddie Murphy classic Coming to America is finally happening. It’s set to premiere on Amazon Prime in March.

With a screenplay said to be written by Kenya Barris (Blackish and Grownish), according to IMDB, Coming 2 America follows African monarch Akeem (Murphy) who has learned he has a long-lost son in the United States and must return to America to meet this unexpected heir and build a relationship with his son.

One Night in Miami
Directed by Academy Award winner Regina King, according to IMDB, One Night in Miami is a fictional account of one incredible night where icons Muhammad Ali, Malcolm X, Sam Cooke, and Jim Brown gather discussing their roles in the civil rights movement and cultural upheaval of the 60s. It’s set to premiere January 15 on Amazon Prime.

Malcolm & Marie
Starring John David Washington and Zendaya and rumored to have been filmed while we have been quarantined, Malcolm & Marie follows a filmmaker and his girlfriend as they discuss their past relationships while returning home from a movie premiere. It is supposed to start streaming on Netflix February 5.

Respect
Jennifer Hudson breathes life into the story of Aretha Franklin who sings in her father’s church choir as a child and grows up to become an international musical superstar and legend. It is scheduled to premiere on August 13.

Bel-Air
According to Deadline, Bel-Air is a one-hour, dramatic retelling of the beloved 90s sitcom, The Fresh Prince of Bel-Air, that leans into the original premise of Will Smith’s complicated journey from the streets of West Philadelphia to the gated mansions of Bel-Air. Stay tuned for when and where it will premiere.

The Snoopy Show
I loved the Peanuts as a kid, and I’m hoping this series will do the series justice. The world’s most iconic dog is ready for his close-up. Dive into new adventures with the happy-dancing, high-flying, big-dreaming beagle, who’s joined by best friend Woodstock and the rest of the “Peanuts” gang. The show will premiere on Apple+ TV on February 5.

Punky Brewster
I used to love the spunky Punky Brewster as a kid. This is the follow-up series to the 1980s sitcom about a young foster child named Punky. Now she’s grown up with kids of her own. It will be available in its entirety starting February 25 on the recently launched Peacock streaming service.